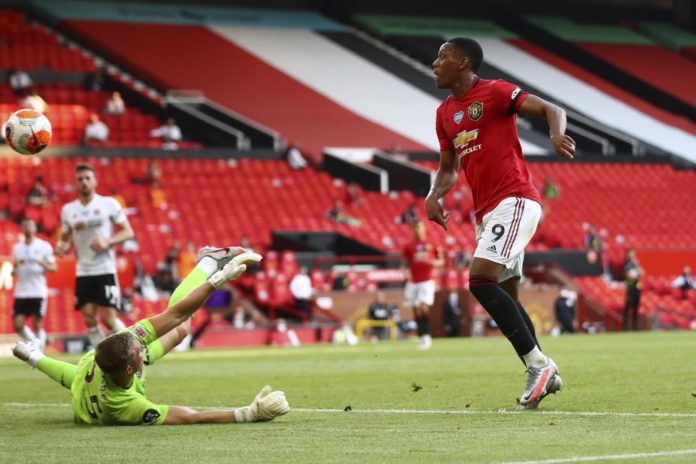 Manchester United will look to continue their impressive start to the restart in their FA Cup quarter-final clash against Norwich on Saturday.

Ole Gunnar Solskjaer’s side picked up a point at Tottenham before sweeping aside Sheffield United midweek as they aim to close the gap on fourth place Chelsea and Champions League qualification. Focus shifts to the FA Cup with a trip to Carrow Road, where Norwich are lurching perilously closer to the relegation zone. Extending their cup run – and halting United – could be a welcomed distraction.

Norwich striker Josip Drmic is a doubt for their FA Cup quarter-final clash at home to Manchester United on Sunday. The forward suffered a knock during Wednesday’s Premier League defeat to Everton and will face a late fitness check ahead of the visit of the Red Devils. Hamstring injuries leave defensive trio Grant Hanley, Christoph Zimmermann and Sam Byram missing for the rest of the season and it remains to be seen if Daniel Farke will recall the likes of Teemu Pukki and Todd Cantwell. Ole Gunnar Solskjaer is planning to rotate when Manchester United travel to Carrow Road.

The Norwegian intends to make a “few changes” to the side that beat Sheffield United 3-0 on Wednesday in a bid to juggle the hectic fixture schedule.

Axel Tuanzebe and Phil Jones remain the only absentees, with Solskjaer confirming Jesse Lingard will be involved against Norwich after missing the Blades clash through illness.

With a rocking Carrow Road crowd behind them, this could have been a very different game for Norwich. But after back-to-back home defeats since the restart and with club now facing a huge fight to remain in the Premier League, it’s difficult to look past United. All of a sudden, Ole Gunnar Solskjaer is blessed with midfield and attacking options and even if he does opt to rest those he tore through Sheffield United midweek, you would still fancy those stepping in to get the job done.