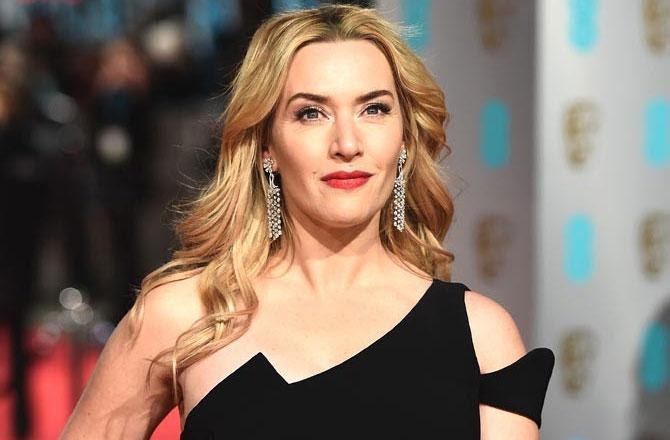 Winslet will be directed by Kuras, best known as a cinematographer on films like “Eternal Sunshine of the Spotless Mind” and as a director on “Ozark” and “Catch 22.” She’ll work from a screenplay by “The Post” and “Long Shot” writer Liz Hannah.

“Lee” was previously set up at eOne with Winslet attached as far back as 2015, but the project will move forward with Kuras and Hannah now joining the project. And principal photography is expected to begin on “Lee” in the spring of 2021.

“Lee” follows Miller as she travels to the frontlines of World War II as a photojournalist and embarks on a mission to expose the hidden truths of the Third Reich. But in the aftermath of betrayal, she comes to a reckoning about the truths of her own past.

Troy Lum and Andrew Mason of Hopscotch Features will produce along with Winslet. Hannah is executive producing.

The screenplay is adapted from the book “The Lives of Lee Miller” by Anthony Penrose, Miller’s son. Penrose and the Miller estate have granted the production access to The Lee Miller Archives, which include all of her photos and diaries.

“Like Lee, we are living in a time where the truth is up for debate, a time when the promise of political influence is what defines right and wrong.  Lee Miller had a passion to expose the truth which led her to photographing the brutal realities of the second World War that was publicly down-played and hushed up. This is a film which takes us on a journey that encounters loyalty and betrayal, but ultimately reveals the enigma that Lee was – as someone who buried her own hidden truths within.  I am ecstatic to be a part of bringing this story to a contemporary audience,” Kuras said in a statement.

She continued: “Since our experience together on ‘Eternal Sunshine of the Spotless Mind,’ Kate and I have talked often about collaborating on something of our own. Lee gives us an irresistible opportunity to do that with a script written by Liz Hannah, a brilliant writer whom we admire so much.  This is a fortuitous collaboration that will bring forth the magic of Lee  – in the power of this character, how she will be embodied, and in the singular perspective of this story, how it is told and who is telling it.  Lee Miller was known for the way the world saw her, but now we can show that her greatest contribution came from how she saw the world.”

“Lee Miller was a magnificent explosion of extremes. A woman I admire tremendously and whom I am so thrilled to be playing in this film. An extreme lover, thinker, life liver, cook, Vogue cover girl, war correspondent, icon, mother. And yet history leaves her largely misunderstood,” Winslet said in a statement. “So often viewed through the eyes or lens of a man, she has been portrayed as a wayward, brazen beauty, whose courageous achievements were sidelined as a result. She was a glorious, life-embracing woman. But beneath the glossy surface there lurked deeper stories that she hid from the people she knew and loved. She gave the world an utterly unedited version of the atrocities of war, whilst searching for her own personal resolution. I am so thrilled to be producing this, together with Troy Lum, and feel truly excited by the team we have assembled to bring this story to film, in the way Lee deserves.”

“Kate Winslet, Ellen Kuras and Lee Miller. My job is an easy one today,” Hannah added in a statement.

“Lee Miller’s life combined courage and love and art, and the inspiration of her story has never been more needed,” Hopscotch Features’ Lum and Mason said in a joint statement. “We are honored to be working with three incredible filmmakers to bring it to audiences.”

Kuras is one of the few female members of the American Society of Cinematographers and is known for her work in “Eternal Sunshine of the Spotless Mind.” She most recently directed an episode of the series “Brave New World.”

Winslet will next be seen in “Ammonite” alongside Saoirse Ronan and stars in the HBO limited series “Mare of Easttown.” She also completed work on James Cameron’s sequel to “Avatar.”

Hannah most recently wrote and executive produced the upcoming limited series “The Dropout” for Searchlight Pictures and Hulu.