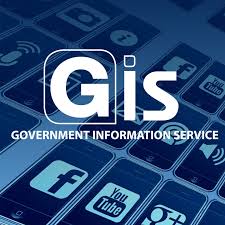 1. Cabinet has agreed to the introduction of the Virtual Asset and Initial Token Offering Services Bill into the National Assembly.  The object of the Bill is to provide a comprehensive legislative framework to regulate the new and developing business activities of virtual assets and initial token offerings.  The Bill has been rendered necessary with a view to meeting international standards of the Financial Action Task Force by making provisions for managing, mitigating and preventing money laundering and financing of terrorism and proliferation risks (AML/CFT) associated with those emerging business practices.

In addition, with a view to protecting the rights of clients of virtual assets and virtual tokens, and to combatting money laundering and the financing of terrorism and proliferation, it shall be a financial crime offence:

These Regulations implement, mainly, measures announced in the Budget Speech 2021/2022 and its Annex in relation to schemes administered by the Economic Development Board, namely the Invest Hotel Scheme, Property Development Scheme and Smart City Scheme.

4. Cabinet has taken note that the Minister of Finance, Economic Planning and Development would make the Social Contribution and Social Benefits (Contributions by Public Sector Employees) Regulations 2021 and the Income Tax (Amendment of Schedule) Regulations 2021. Following the implementation of the 2021 Report of the Pay Research Bureau and with a view to putting at par public sector employees with private sector employees, public sector employees would pay as from November 2021, their share of social contribution as follows:

The Social Contribution and Social Benefits (Contributions by Public Sector Employees) Regulations would bring the appropriate legislative amendments to implement this decision.   The Regulations also make provision for employees of a statutory body which does not fall under the Pay Research Bureau to start paying their share of social contribution as from the date a salary review exercise becomes effective after November 2021. The Income Tax (Amendment of Schedule) Regulations 2021 provides for an allowance equivalent to the amount payable by the employee as social contribution, received by an employee from his/her employer to be exempt from income tax.

10. Cabinet has taken note that a Memorandum of Understanding would be signed between the Economic Development Board (EDB) and the Zanzibar Investment Promotion Authority (ZIPA).

The Memorandum of Understanding has the following main objectives:

11. Cabinet has taken note of the outcome of the 21st Meeting of the Mauritius-Seychelles Joint Commission of the Extended Continental Shelf which was recently held in Mauritius.  The main outcomes of the discussions related, inter alia, to:

During the confinement period in 2020, the Tariff 110A was reduced by 20 percent to further assist those families who were in difficulty.  The Tariff 215A was introduced to allow small commercial consumers to benefit from a reduction of 10 percent in their tariff of electricity as their businesses had suffered during the COVID-19 pandemic. These tariffs were made applicable up to 31 March 2021.  The Tariffs 110A and 215A have been extended from 01 April 2021 to 30 November 2021. Given that the borders had now opened and economic activities were picking up, the relevant electricity prices under the above two tariff categories would be resumed to their pre-confinement 2020 rate.

Cabinet has also taken note of the identification of a new COVID-19 variant (B.1.1.529) in South Africa and neighbouring countries and has agreed that strict sanitary measures be put in place in relation to passengers coming from South Africa, Namibia, Lesotho, Botswana, Eswatini and Zimbabwe, pending the suspension of all commercial passenger flights from South Africa to Mauritius with effect from Monday 29 November 2021. Repatriation flights will be organised and will be subject to strict sanitary protocols. In that connection, the Ministry of Health and Wellness will issue a communiqué outlining, inter alia, the sanitary measures being put in place.

Virtual HIV prevention sessions by a psychologist would be held for adolescents and young adults with focus on their vulnerabilities where sexuality is concerned.  The NGOs

“Prévention, Information et Lutte contre le Sida” (PILS) and “Aides, Info, Liberté, Espoir et Solidarité” (AILES) would be carrying out HIV testing and counselling in the community across the island, along with the health service providers of the AIDS Unit of the Ministry of Health and Wellness.

The wide-ranging set of decisions, resolutions and statements that constitute the outcome of COP26 is the fruit of intense negotiations.  The package that has been adopted, is a global compromise that reflects a delicate balance between the interests and aspirations of the 197 Parties to the core instruments on the international regime that governs global efforts against climate change.  A key outcome is the conclusion of the Paris Rulebook. An agreement was reached on the fundamental norms related to Article 6 on carbon markets, a mechanism to reduce emission of greenhouse gases by putting a price on the carbon, which would make the Paris Agreement fully operational.

The Minister also participated in the Powering Past Coal Alliance event.  He acted as panellist in the Coalition for Disaster Resilient Infrastructure side event for the operationalisation of the Infrastructure for Resilient Island States.

GENERAL SITUATION: The rather strong anticyclone to the South-East of the Mascarenes is maintaining a moderate and cold...
Read more