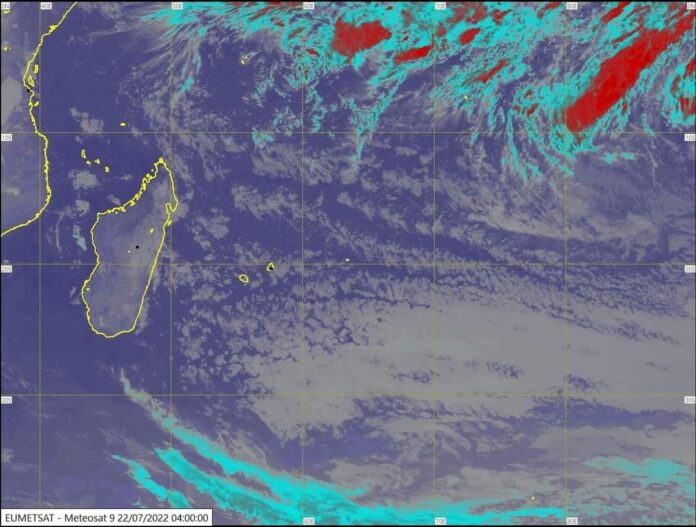 FORECAST FOR THE NEXT 24 HOURS:

Cloudy periods early morning with passing showers mainly to the East, the South and over the central plateau.
Partly cloudy during the day becoming cloudy sometimes over the Eastern and Southern slopes and over the highgrounds with few showers.

The maximum temperature will be slightly below the mean and will vary between 19 and 22 degrees Celsius over the central plateau and between 24 and 26 degrees Celsius along the coasts.

Partly cloudy to cloudy tonight with few showers mainly over the Eastern half of the island and over the central plateau.

Wind East-South-Easterly at about 25 km/h with gusts of the order of 50 km/h in exposed areas.

Sea rough beyond the reefs with waves of the order of 2 metres 50.
Ventures in the open sea are not advised.