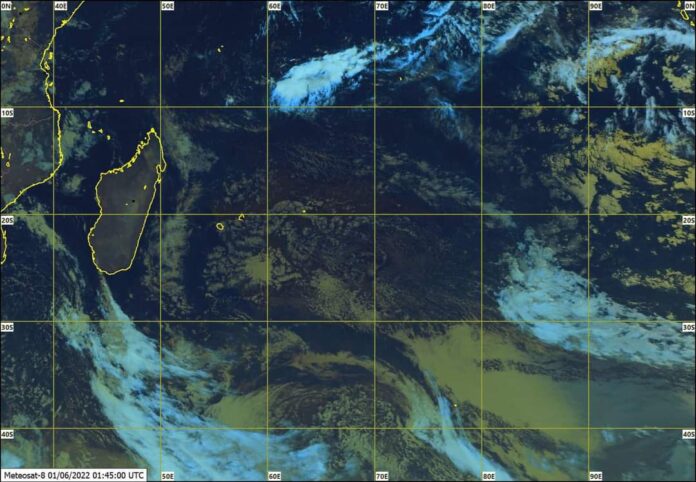 Few clouds in the moderate Easterly flux will influence the local weather at times.

Rather fair weather in the evening. Partly cloudy in general during the night, becoming sometimes cloudy over the highgrounds and over the windward slopes with occasional showers.

Wind from the eastern sector at about 25 km/h with gusts of the order of 50 km/h in exposed areas.

Sea rough beyond the reefs with south-westerly swells of the order of 2 metres 50, improving gradually during the day.
Ventures in open seas are not advised for this morning.

GENERAL SITUATION: The rather strong anticyclone to the South-East of the Mascarenes is maintaining a moderate and cold...
Read more
Communiqué