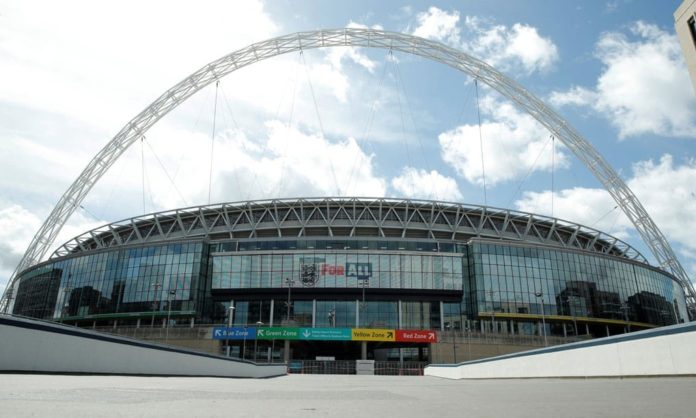 The Football Association has announced it is to make 124 positions redundant as it confronts potential losses of £300m because of the coronavirus crisis. With cancelled fixtures, matches with no crowds and the suspension of concerts and entertainment at Wembley, cuts will be made across the FA.

“We don’t know what the future holds,” the chairman, Greg Clarke, said. “Having to put forward proposals that will reduce our headcount in order to solve our pressing financial problems is the most difficult decision the board and the senior management team has to make.

The FA will undergo a consultation process with the aim of determining 82 job losses, and 42 positions vacant before the pandemic will not be filled. With estimated losses already at between £100m and £150m, a projected loss of £300m has been calculated should there be a widespread return of the virus this year. The Guardian understands the FA has arranged a new debt facility, equivalent to £75m per year over the next four years. According to its chief executive, Mark Bullingham, there will also be a shrinking of the FA’s responsibilities.

“We have a responsibility to preserve our core functions that regulate and serve English football,” he said. “We also have a duty to support our men’s and women’s senior teams in their efforts to win major tournaments. That means we have set out in our proposals some difficult choices because we do not think we can afford to do all the things that we did before. We believe the impact of this crisis is to force us to focus more than ever on our key priorities.”

The areas targeted for savings have not been confirmed, with a period of consultation set to begin. “The financial challenge we face is a significant one,” Bullingham said. “We have lost all of the revenue from events at Wembley Stadium since March and all other future bookings, such as the music concerts in August and the NFL games in October. Our hospitality revenue from Wembley Stadium, which usually delivers around £35m per year, has completely fallen away and will probably take years to recover.

“In addition, many of our sponsors and broadcasters have been hugely impacted by the pandemic and, in turn, we are not able to deliver the content we are committed to. This results in pressure on us financially as in some cases we need to pay compensation, for example where events are cancelled.”