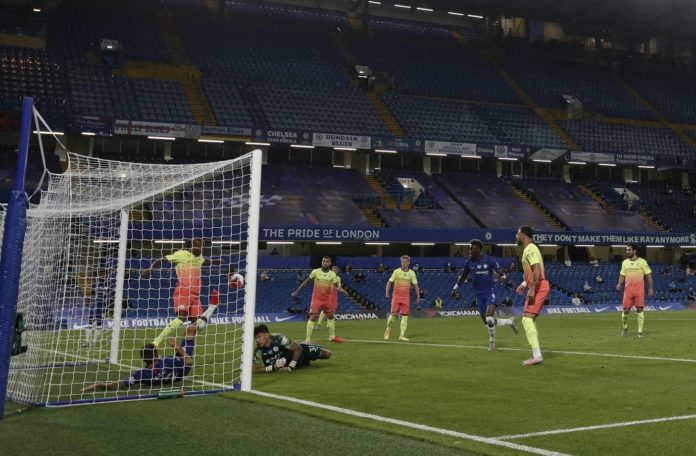 Pep Guardiola has called Sunday’s FA Cup clash against Newcastle United ‘a final’, as Manchester City look to reach a third FA Cup semi-final under his leadership. With the bitter disappointment of the Chelsea defeat and relinquishing the title to Liverpool still lingering, Manchester City need to bounce back at St James’ Park in the last domestic competition still up for grabs.

Despite impressive performances against Arsenal & Burnley, Manchester City come into the FA Cup Quarter Final on the back of a 2-1 defeat to Chelsea. Now that the Premier League title has been clinched by Liverpool following the result at Stamford Bridge, the FA Cup is the final piece of domestic silverware available for the Blues this season.

With only a few days of recovery, City hope to reach their third FA Cup semi-final in the four years of Pep Guardiola’s tenure at the club. City’s opponents this weekend, Newcastle United, will also be seeing this as a huge opportunity to reach the semi-finals of the FA Cup, something they have failed to achieve since the 2004-05 season, with Alan Shearer leading the line.

Manchester City will be without Fernandinho for the next three games after his straight red card against Chelsea. Sergio Agüero is still out after his recent knee surgery in Barcelona and Eric Garcia may still be on the side lines as a precaution after his hefty collision with Ederson during the Burnley game on Monday.

The club also confirmed that John Stones, Phil Foden and Claudio Bravo were all back in full training yesterday, so could be available for selection. Guardiola also confirmed on Thursday that Joao Cancelo had picked up an injury – so is unlikely to feature in this one.

Newcastle on the other hand, are likely to be without Matt Ritchie and Isaac Hayden after both suffering minor injuries in their tie with Aston Villa last Sunday. The return of the Longstaff brothers (Sean & Matthew) may be on the cards, as they aim to recover from minor muscular injuries that have kept them out of action in the post-lockdown period.

St James’ Park has been something of a tough away day for City in recent years, with only win coming in the past six years against the Geordies on their home turf. That win was of course, the 1-0 victory during Manchester City’s centurions campaign back in 2017. The following two visits to the North-East have been stumbling blocks in City’s quest to retain the title, with the infamous 2-1 loss in January 2019, which left City five points behind Liverpool.

Earlier this season, City were left equally frustrated following a wonder strike from Kevin De Bruyne, which many felt gave City the three points. That was only be snatched away minutes later after Jonjo Shelvey converted a strike from the edge of the box in the dying embers of the match to share the spoils.

Manchester City will look to right these previous wrongs but given the performance at Stamford Bridge on Thursday, the idea of hoping to no defensive errors by the back four may be wishful thinking.

Manchester City began the post-lockdown period with excellent performances against Arsenal (3-0) & Burnley (5-0) but were undone in their first game on the road against Chelsea this Thursday. Again, City performed very well in parts at Stamford Bridge, most notably after the start of the second half. But like many times this season, defensive lapses in concentration led to City’s eventual downfall.

The Citizens’ top goal scorer Sergio Agüero will be absent this Sunday after knee surgery, which is incredibly unfortunate as the Argentine has a stellar record against the Magpies, being directly involved in 17 goals in 12 top flight meetings.

Newcastle have also taken well to the return of Premier League football; with a win against Sheffield United (3-0) and a draw against Aston Villa (1-1) all but confirming their safety from relegation this season. Newcastle have struggled to score goals this year with only 29 in the league this season, joint with Bournemouth and only ahead of Norwich on 25. However, Steve Bruce’s side have been able to maintain a relatively solid defence this season, only conceding 42 goals – which is second best behind Brighton in the bottom half of the table.