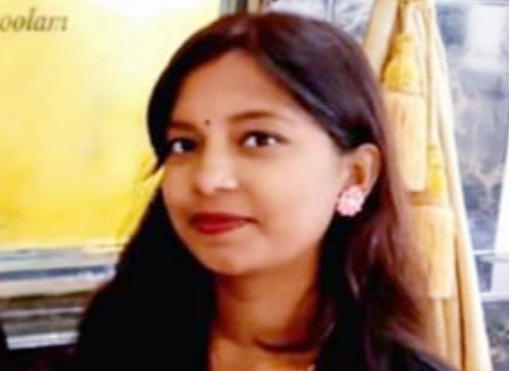 One announcement, just one announcement was enough to capsize our routine. In just one moment, the normal daily flow switched to a maddening rush, everybody turning to supermarkets, pharmacies, local shops, to stock up on food in case “demain pa kone ki pou ena ki pena”.

The mundanity of the Mauritian mind was genuinely baffling. Was nobody realising the gravity of the situation? Was your first thought only food? Don’t you plan your groceries? Indeed we have families who work in the morning to feed themselves at night, but not to this extent. Really? Forget food, gas??? An uncle came to the filling station with two empty cylinders, and went home with FOUR, getting 2 refills and 2 complete sets! Seriously? Be dimoune derriere ou la pa bizin gaz pu so lakaz li?

Total lockdown, was just another jewel on the crown, again the population went berserk for being “jailed”. Nobody was worrying about the front liners exposing themselves daily, hourly for some disorderly herds. As soon as it was shifted to partial lockdown, with opening of supermarkets and shops, we started seeing people going out, to buy ‘1 yoplait’, ‘epices briani’ , ‘1 ti pack labierre’, people who would go to supermarkets maybe max 5-6 times per month, were now going maybe 3-4 times per day and that too without masks! Where I live, in just one week, 3 robberies and 2 break-ins have been reported. Crops have been stolen, shops vandalized, crime got a boost as if.

10 people died, including a front liner and a 20 year old girl. Yet majority doesn’t want to understand the severity of the disease. “On fait fi des autorités”

Partial de-confinement has been launched. No new cases have been reported since quite some time. We, those working on the frontlines, we pray it remains like this, zero, while the layman prays for complete lift-up so they can enjoy freely. But are you free? Is the disease really gone? We never know when a second wave may hit, when our routine gets threatened again.

We are a small country, a small population, 10 deaths is huge! It’s a big deal. And guess what, this could have been lessened or even prevented, if only the right precautions were taken accordingly. More than 50% of help could have come from us, the population by just being safe in our homes.

Of course, most will say, it’s over now, why cry over spilt milk, what is done is gone. Easy for you to say, because you were in your comfort zone, with the family, enjoying a super extended holiday. Can you say that to the mother, whose two children were away for three weeks tending to quarantined patients, to the children who had not seen their parents, not knowing if they will be back or not, to the wives not knowing what their husbands might be bringing home, to the grandparents longing to see their grandchildren working off on the roads.

Try to put yourself in their shoes. Give them a little bit of respect. You don’t have to bow down to them. Just abide by the rules and take the necessary precautions, not for others, be selfish, for yourself, for your own family!

1. Avoid mass crowds as far as possible (easier said than done, we know)

2. Wash your hands each and every time possible, do it! After toilet, market, bus, food court, anytime.

3. Wear your mask properly, avoid touching it every time to adjust it. If possible, discard it immediately and properly when removed. Pas zetter fer reclame partou.

4. In case somebody is sick at home, don’t panic and rush to the hospital with the whole family. Limit the number of people accompanying the patient. For milder conditions, try asking for medical help at home itself. However in case of serious conditions, do not self-treat, or take medications that your neighbour’s aunt or sister’s mother in law takes.

Seek medical help, always, on phone, at home or at a centre.

5. Avoid going to the stores for mundane things, try to buy a reasonable quantity to satisfy your needs while keeping others into consideration as well.

6. If someone is sick at work or your neighbourhood, don’t stigmatise! It could just be a simple flu. Instead, try to help the person by isolating him/her, making him/her comfortable, and providing them him/her the basic medicines, then seek medical advice.